A quite popular driver configuration of late is to have the lower frequency drivers in pairs centred around the tweeter in the so called D’Appolite configuration. Whilst it has a visual appeal and a symmetrical polar response I am not convinced of it’s merit, simply because the design forces you to have two drivers operating in the same frequency range with widely separated radiation centres, which is a perfect recipe for producing a nice interference pattern in the vertical plane polar response. The presence of the tweeter in the middle helps reduce the interference but it can only do so in the frequency range it covers.

Given the ease at which I can demonstrate this with my modelling, I’ve added a comparison of the theoretical vertical plane polar response of my proposed mid-tweeter 3rd order Butterworth crossover in a conventional and a D’Appolite configuration. The following plots are what results (note that the horizontal plane responses will be identical so they are not shown). The red plot is the D’Appolite system output and the blue plot is the normal one.

For positive angles the D’Appolite configuration is superior for 10, 20, 30 and 40 degrees off axis. Beyond those angles the normal configuration is better. For negative angles in all cases the normal configuration is far superior. This is to be expected because we are using two spatially separated drivers to radiate the same frequency range and because the tweeter must sit in between the distance of separation is quite large. It has a symmetrical polar response, which is of some merit, but that symmetry comes at the cost of inferior off axis frequency response and this is why you won’t find me using a D’Appolite configuration in my loudspeaker system design. 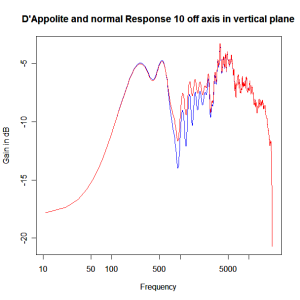 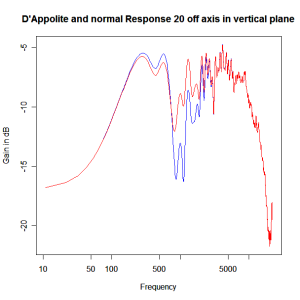 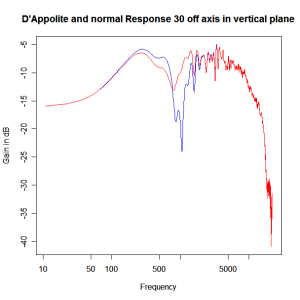 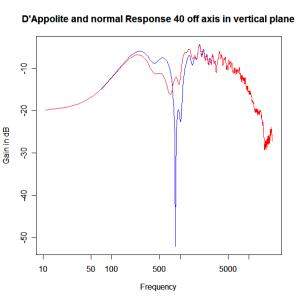 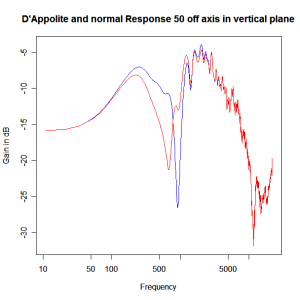 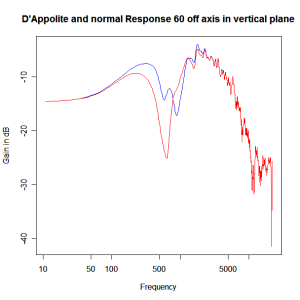 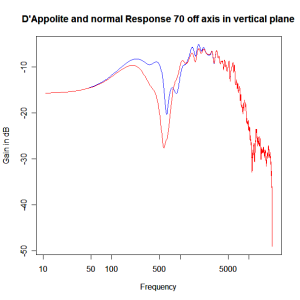 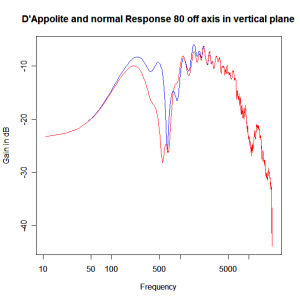 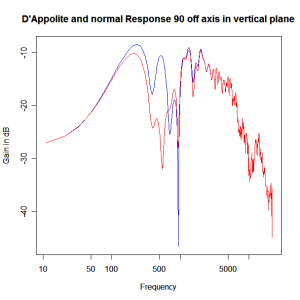 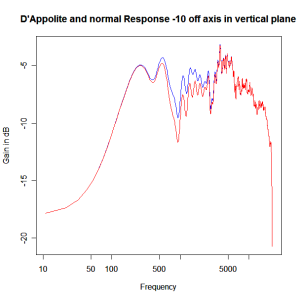 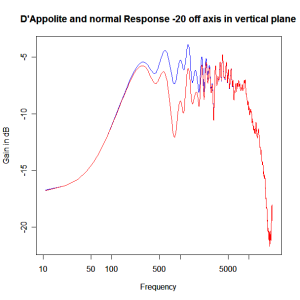 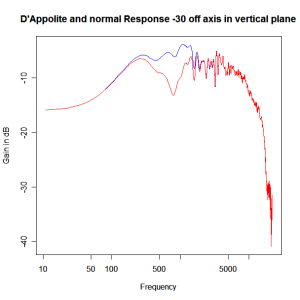 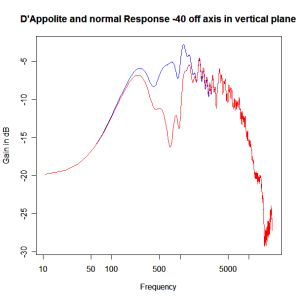 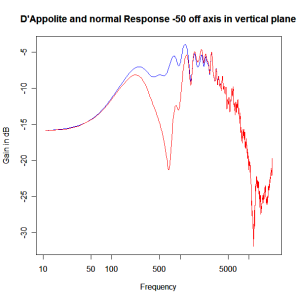 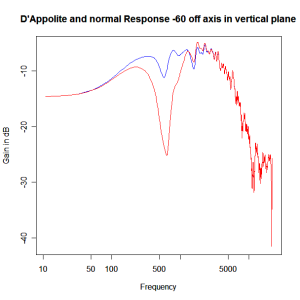 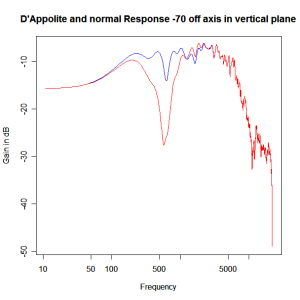 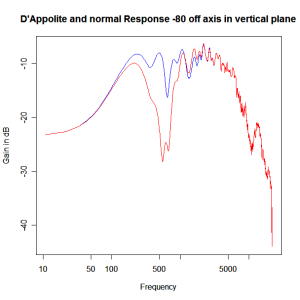 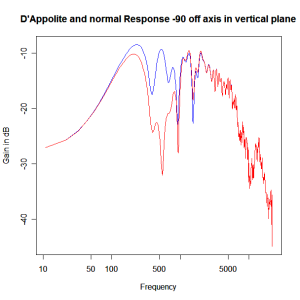 Loudspeaker System Design – A Case for D’Appolite?2013-04-252013-04-25/wp-content/uploads/2016/12/harbal-logo-lng_trans-drk-300px.pngHar-Bal | The Scientific Audio Mastering Solution/wp-content/uploads/2016/12/harbal-logo-lng_trans-drk-300px.png200px200px
Why buy Har-Bal?
You can immediately view the problem areas of your stereo files and Har-Balize the corrections. If you are serious about your mixes sounding their best, then Har-Bal should be a standard application used in your studio to test every song before final limiting (loudness) is applied. You can’t go wrong!
FAQ
Har-Bal Introduction
Copyright All Rights Reserved © 2017
Contact Us